Much of my life has been spent living behind a facade ( a false, superficial, or artificial appearance or effect; an IMPOSTOR), a religious facade that made me feel GUILTY, even after I accepted Jesus Christ into my heart. 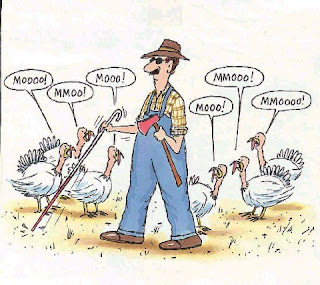 As surely as these turkeys are attempting to be impostors, I have lived that life.

Have you ever said to yourself  "Self, I am sick to my teeth of you!"?  (Or, as my little great-niece says "I'm sick through my teeth"!)   I have had that distinct experience over the last several hours.

I spent the wee hours of Friday morning re-reading many, if not most, of my old posts while listening to old 70's music over the XM station on TV.  It is the music of my youth, the beginning of a lifelong love shared with the man of my dreams.  We spent hours listening to that music.  It was entwined in every facet of our existence during those years.  It now comforts me to hear it again and to remember those years.

Terry never lost his appreciation for that music and continued to listen to it often over the years.  I became too holy (more appropriately, too holier than thou) to listen to it.  I was so judgemental of him for continuing to enjoy it.  My nephew said to me recently that he had such vivid memories of evenings spent at our house while sitting with Uncle Terry and listening to that old music as I condemned Terry from my place at the computer in our spare bedroom, constantly yelling at them to turn it down!

Why in the world did I allow myself to become such a religious zealot that I could no longer see the beauty of that music?  How could I have not seen that God has a hand in all things and allows many experiences to become the building blocks of who we are and who we become?  It is true that some of the music of that era was not a very healthy spiritual influence, but it was more the people involved in the music and the choices they made rather than the music itself that was the problem. 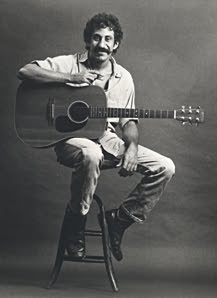 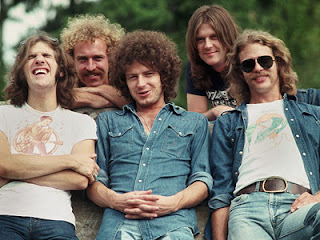 Or, when the Eagles sang "Well, I'm runnin down the road tryin to loosen my load, I've got seven women on my mind, four that wanna own me, two that wanna stone me, one says she's a friend of mine....", weren't they sayin what basically every young man was thinkin? 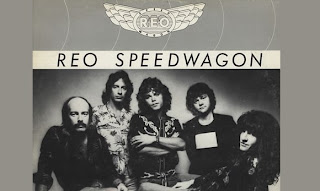 When Chicago sang Saturday In The Park, who could help but sing along?  Or what about Don McLean's American Pie and the story of Buddy Holly and the loss of American innocence on "The Day The Music Died"?  The Eagle's epic Hotel California, REO's Dream Weaver, Roberta Flack's The First Time Ever I Saw Your Face (one of my personal favorites!) or how about Rod Stewart singing Hot Legs (girls tell me you didn't strut across the parking lot at least once feeling very proud of yourself while that one played!)....I can still hear the chords in my head as the music began and you felt the thrill of knowing what was coming next.

I recently heard Joyce Meyer say that she could sit in her garage all day, but she would no more be a car at the end of the day than at the beginning.  We can wear our 'religious' facade every where we go, we can sit on the church pew until the wood conforms to the shape of our posterior, we can be baptised (as one old preacher once said) until the fish know us by name, but none of those things make us a Christian.  When will we learn that Christianity is about a RELATIONSHIP, not a RELIGION?

I was raised in a very legalistic environment with regard to spiritual matters.  Christianity was more about what we couldn't, shouldn't or wouldn't do than what we could, should or would do.  Somewhere in their understanding of Scriptures, many of those in my childhood had somehow missed the point that the Law was given to show us how short we fall of being what God created us to be and how the only solution to the rift between God and man created in the Garden by Adam and Eve was the perfect blood sacrifice of His Sinless Son, Jesus Christ.

It has taken me my entire life to learn the difference between GUILT and CONVICTION.  When I mess up, the Holy Spirit speaks to my heart through CONVICTION...


: the act of convincing a person of error or of compelling the admission of a truth; the state of being convinced of error or compelled to admit the truth

: a strong persuasion or belief; the state of being convinced.

CONVICTION is a positive experience because it is my Creator's attempt to help me see my wrong doing and restore my relationship with Him.  GUILT is a feeling of self reproach that causes shame.  SHAME is associated with humiliation, disgrace and/or disrepute.  God does not deal with us in that manner.  He deals with us out of a heart of love and a desire for our best interest.

Should we be ashamed when we separate ourselves from God through sin?  Yes.  Should we feel humiliated when we bring disgrace on our God because of our actions?  Yes.  Are our reputations often harmed when we walk wilfully into sin?  Yes.  However, the God who created us reaches out to us with love and forgiveness when we sin.

When the religious leaders brought the woman caught in the act of adultery to Jesus, He promptly instructed the man without sin to cast the first stone.  Having sin in their own hearts, each man knew he could not and walked away.  Jesus then reached out to the woman, asking her to point out her accusers.  Looking around, she saw none and said Lord, I have none.  Jesus answered "Neither do I condemn you, go and sin no more".

The Sinless Son of the Living God did not speak to her with condemnation, judgement, accusations, dismay or harshness.  He lifted her to her feet and sent her on her way with love and forgiveness.  I love it when he does that! 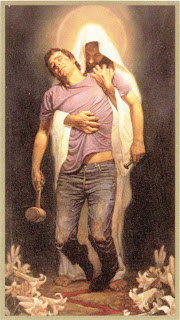 "Neither do I condemn you".....when you enjoy listening to the music that brought joy to your youth, when you get a bit envious of someones talent in church, when you wear a pair of jeans to church, when you skip your Bible reading for a day or so, when you have that fleeting thought of anger against that idiot who cut you off in traffic, when you mutter that slang word under your breath....the list is endless and so is His love and forgiveness if only we turn to Him in repentance!


When Jesus had raised Himself up and saw no one but the woman, He said to her, “Woman, where are those accusers of yours?  Has no one condemned you?”

And Jesus said to her, “Neither do I condemn you; go and sin no more.”

Oh Diane...we are all guilty of this self righteous attitude at times. I saw a book in a Bible Bookstore years ago it's title ..."Why do Christians Shoot Their Wounded?" Wow! God brings it to mind when I get on my soap box.
You my friend are an example of what the Holy Spirit can do...when we let Him!
I am so blessed that you are writing once again...Loved, loved, loved this post!
Big hugs,
trish

Diane,
I am as you and Trish also so very guilty of this.
I love your statement ~ Christianity is about a RELATIONSHIP, not a RELIGION.
Oh so how true !
You know I have always loved reading your blog posts so glad you are back writing dear cousin.
Love you so much !!

Thanks girls, I am really enjoying writing again. Trying to catch up with my blog buddies and the ScarfSisters blog. So, so far behind but determined to catch up and join the living again! Thanks for visiting and for leaving comments. It's encouraging to know you're reading. Love you both!