Too Blessed To Be Depressed!!!!!


I saw this bold statement posted on a church marquee today and I must say, it stirred within me some thoughts that I pray will not be mis-interpreted or offensive to anyone.

This was my first thought "AMEN!  Praise Jesus!  Thank you Lord!"; my next thought was that someone who could make that statement had either (a) never suffered from clinical depression, or (b) was suffering from depression and was in denial about it.

I don't want to be offensive to anyone, but I have been a Christian since I was 11 years old and have had major battles with clinical depression.  I could never admit that for many, many years in my early life.  I had been raised in a church that taught that a Christian who was living for Jesus could not suffer from depression.  Through the storms of life, I tried hard to believe that and chided myself often for the feelings I had.

Overwhelming sadness and feelings of extremem isolation would overtake me for seemingly no reason.  Nothing seemed to set if off and nothing seemed to help.  I spent a week in the hospital when I was only 16 due to stress headaches.  Still, my parents could not see that I needed the medications the doctor prescribed.  After a while, the doctor very bluntly told Momma that I needed the medication and that my thoughts were very near suicidal.  That scared her enough to allow me to take something, but not what the doctor wanted to give me.

So, I suffered on....through the years of early marriage and the heartbreak of infertility and 3 miscarriages.  Through the inevitable hysterectomy that followed within 3 years of the third miscarriage.  Through the loss of my precious Maw McDonald, who was so dear to me.  Through the loss of my Grandma Howell and three uncles.  Through years of battling with my insecurity regarding my salvation.   Through years of battling a chronic health condition that was becoming more and more debilitating.  And finally, through an auto accident that left my husband flat of his back and hospitalized for five months and in out-patient physical therapy for nine months after being discharged from the hospital.

I finally went in to see my doctor and just burst into tears when he walked in smiling to ask what he could help me with.  I blurted out that I did not understand what was happening to me.  Terry was doing remarkably well, walking with only minimal assistance when we had been told he most likely would never walk again.  He was healing both physically and emotionally from the disappointment of being told he could never work again.  Life was better than it had been in many months and yet here I was falling apart! 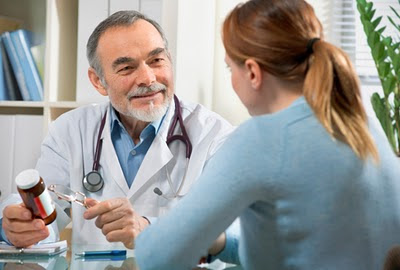 He was very understanding and began to explain to me that he thought I was suffering from clinical depression.  He explained that this often happens when something life changing has happened to an individual, and yes even a Christian!  He explained it this way....suppose I gave you a one hundred pound pack and told you to throw it over you back and go out and walk up and down the highway until I tell you to come in.

At the end of a year, I call you in, take the burden from your back and tell you to be on your way.  Would you be surprised if your back was in a mess after that?  I answered "No".  He then asked why I was surprised that my emotions were having a hard time adjusting back to a 'normal' life after all we had been through?  For the first time, it made sense to me. 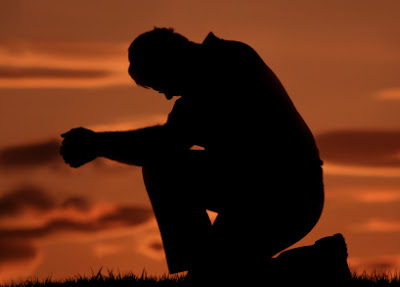 He then turned his attention to the chemical imbalance and told me that stress is a real factor in depression and that it has real consequences with respect to causing the imbalances that lead to depression.  He then asked if he could pray with me and proceeded to pray.  He asked the Lord for His guidance in prescibing the right medication for me; he asked Him to continue to heal Terry and to help me deal with my depression and understand that it wasn't my fault, that I had done nothing wrong.

He prescribed an anti-depressant and explained that it may take a while to adjust the dosage properly and that we might even have to change to a different drug completely but that we would find the answer.  Within several weeks, I had gotten my dosage adjusted properly and was feeling so much better I didn't quite know what to think!  I had dealt with depression for years, since my early teens, and never knew I could ever feel good again.  I felt as though the weight of the world had been lifted from my shoulders and I could finally be free to laugh again.

So, perhaps we should think more seriously about the things we post on our church marquee.  I would hate to think some poor depressed individual would drive by and be driven into deeper depression because the church had told them the fault was in them.  After all, isn't that what that sign would say to you if you were deep in a depression?  Wouldn't it tell you that you simply needed to count your blessings, not your problems?  That's another one of those little euphemisms we use sometime!  Hmmmm, perhaps we should think about that one too, huh?!

"I can't stand my life—I hate it!
I'm putting it all out on the table,
all the bitterness of my life—I'm holding back nothing."
Job 10: 1  (The Message)
(So, don't you think Job was a bit depressed?!)
Hope deferred makes the heart sick,
but a longing fulfilled is a tree of life.
Proverbs 13: 12  (NIV, 2011)
(A longing fulfilled, or a yearning for peace in your soul,
becomes a tree of life, or a branch to cling to,
when you feel hopeful once again.)
Posted by Diane at 11:28 PM