The Journey Home---In The Beginning 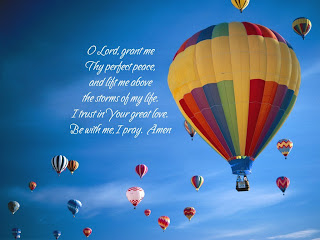 "You're an ignorant woman!" That was Terry's last words to me before he settled back into his chair to sleep this morning.

He had tried to get up twice already during the night. He needed to go to the bathroom. As much as I tried, I could not get him to understand what he needed to do in order to let me help him out of his recliner. Each timed he ended up just settling back into his chair and going back to sleep.

I asked him if he needed to get up. He said he did. I said "Do you need to go to the bathroom?" and he said he did. I got the dining room chair and sat it in front of him. For several days now, he has been unable to get out of his chair without my help and the chair to hold onto. He scooted up in his recliner and took hold of the dining chair with his left hand. The usual way has been for him to do this and then push himself up from his chair with his right hand while pulling himself up with his left hand. In addition, I hold the dining chair steady and lean over it to place my hand under his left arm to help pull him into a standing position.

After taking hold of the dining chair, he just sat there looking at me and saying nothing. I told him to push up with the other hand and placed it where it needed to be. Instead of pushing up, he held on tightly to the recliner arm while trying to pull himself up with his left arm. Several times I tried to help him, but he couldn't understand how to do it. He was getting worn out and my back had gotten into a bad spot and we were both getting exasperated.

I tried once more and, thankfully, this time it worked. He stood up but could not stand without holding onto the chair. I moved the chair aside while moving myself under his right arm to support him. I started to move forward, but he wouldn't move forward. It took many tried in order to get him to understand that he had to walk in order to get to the bathroom. I finally got him to the bathroom and onto the toilet.

While he was there, I went to retrieve his walker from the dining room, which is where he left it the last time I tried to get him to use it. It returned to the bathroom to find him propped up on the vanity cabinet and asleep on the toilet. I gently woke him and asked him is he was through. He said he was and we started the process of getting him up. That took several minutes, but we were finally successful.

He had not eaten in 24 hours, so I suggested that we go into the kitchen and try to eat something. It took me a while to get him to take hold of his walker and then to help him understand again how to use it. Eventually, we did make it to the kitchen table, where he didn't quite understand how to get into the chair and take his walker with him. I explained to him how to sit down and then push the walker aside. He sat down and I pushed the walker aside.

He ate maybe four bites of a sandwich and one bite of a peanut butter cookie and drank about 3/4 of a 12 oz. Dr. Pepper. I had a hard time getting him to eat anything, he was mostly interested in drinking the cold Dr. Pepper. He didn't want me to hold the cup for him, but his hands were jerking so badly he couldn't hold it still enough to get it to his mouth. I had to turn my back for a minute and he dumped the remainder of his sandwich in the floor. I asked him if that meant he was through eating and he just looked at me. He hardly talks anymore.

I managed to get him up and holding onto his walker again. He didn't want to go, just stood there holding onto the walker. I asked him if he wanted to go lie in his bed and he said "No". I asked him if he wanted to go back and get into his recliner and he said "Yes", but then wouldn't make a move for the living room. I said "Okay, follow me and we'll get you back into your chair." He followed me into the living room and we stopped in front of his recliner.

He looked at me and said "I want to sit in my chair". I explained that we were standing in front of his chair and that he needed to let go of the walker so he could sit down. For several minutes, we went back and forth with those few sentences being repeated several times. I finally convinced him to let go of his walker and got him positioned to sit down in the chair and that's when he issued his final edict on the matter, "You're an ignorant woman"!

I was cut to the bone by the comment, but I quickly reminded myself that it was not Terry talking, it was his liver. I got him settled into his chair, put his feet up and covered him with his blankets, taking care to tuck his feet in good so they wouldn't get cold. He is always so cold these days. I put his walker away so it wouldn't be sitting in the traffic path from the kitchen into the living room and went to put things away in the kitchen.

I wanted to sit down and cry, but I knew it wouldn't do any good. It's just the beginning of what could become a very long and drawn out path on his journey home.
Posted by Diane at 5:38 AM

Diane, my heart is aching for you and I am amazed at your strength during this journey.

Why do you not want to cry? You say it won't do any good, but I disagree. I don't see where keeping your emotions inside can be good for you either. You've said it's ok for others to cry, so why not allow yourself that bit of release as well?

I continue to pray for you and Terry as you follow this difficult path.

I've cried so many tears for you since early morning, when i began to read your story. My first instinct is to say, "the ONLY thing I can do is pray for you" and then your words come to me...
"prayer is the first thing we should do!"
In my heart, I know there's nothing in this world stronger than prayer so I offer mine to you.

And also wanted to say that writing your feelings down in your blog is probably the very best release you can have at this point in time...keep writing...I know it is good for your soul...and your sanity.
(I am the world's worst speller so if you see something misspelled, overlook it, pls.)

Diane, my sweet friend. My heart is breaking for you and I see so much of the same things I went through with my Mom. You need to cry. I think it is important that you cry whenever you feel like it. You need to continue to ask for help. I will continue to pray. I agree with BJ that posting will be so good for you.
Roberta Anne

Diane,
This reminds me so much of how my grandma was at the end. Please know that it isn't Terry talking and even though it's hard, don't take it personally. Just keep telling yourself that you are doing the best you can and deep down, Terry knows it as well too and I'm sure he'd be so sad to know that his words could hurt you so much. Continue to be strong for both of you. It's not easy, but I know you can do it. Take it a minute or 30 seconds at a time and I know your faith in God will help you both.