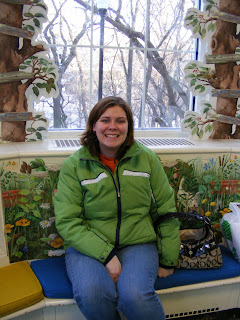 Katie Gwen, February, 2009
This is my niece, Katie Gwen, named so after her Mom, my sister Charlotte Gwen. Katie is my only niece. My late husband, Katie's Uncle Terry, from her early childhood had always called her 'Blond Bombshell'. When he first started calling her that, she was so young she didn't even know what it meant! Katie was the apple of her Uncle Terry's eye. 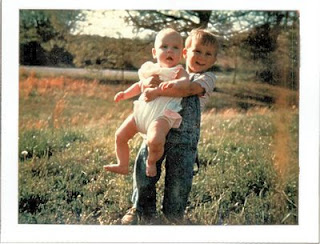 Katie and Adam
Katie is 12-18 months old
Katie has always had an independent spirit. At the age of 15, she wanted to do a summer missionary trip to El Salvador. She would be there for 30 days with a group of young people she had never met. In order to participate, she took charge of raising her own money to finance the trip. It has been a few years and my brain isn't as good as it once was, but I believe she had to raise $3,000. She did it, but none of us doubted she could or would. Katie did what ever Katie set her mind to do!

She boarded a plane at Memphis International Airport and flew to Atlanta, where she changed planes and continued to Miami. Once in Miami, she met up with the group she would be traveling to El Salvador with. She had never flown and knew nothing about it, but showed absolutely no fear at the prospect. Now, I know part of that is simply the folly of youth. But, I also know Katie, and it was pure faith in the fact that she was doing what she knew the Lord wanted her to do and so, everything would be okay.
Katie at age 16

She was in El Salvador on her 16th birthday. She celebrated with a group of new-found friends and with a sense of accomplishment she had not yet known. It was an experience that settled for her a commitment within herself for her future. She knew she must do something in a mission field. She came home from El Salvador determined to do more missionary work whenever and wherever the Lord provided the opportunity.

Upon graduation from high school, she enrolled in the program from Teen Mania Ministries from Garden Valley, TX. She turned 18 a few days before she left for Garden Valley. While there, she worked with the ministry and participated in activities that grew her up spiritually. She traveled with a Christian band for a month. She spent a month in the outback of Australia on a missionary trip. She worked in the Ministries' Phone Bank making recruiting calls to help finance the missionary trips required of each young person while in the program. 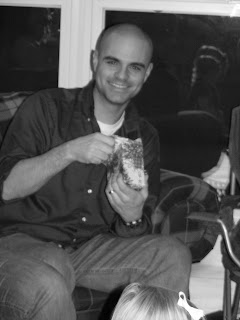 It is a co-ed program, but no dating is allowed among the participants. While there, Katie met Brian. They became wonderful friends and Brian took care of Katie. Because he was from Middle Tennessee, they often traveled together on trips back and forth home. During one particular Christmas break, Brian was going to drive Katie's car and they were going to come home for Christmas. A winter storm dropped several inches of snow and ice on the area they were to travel through. What was usually an 8-10 hour trip turned into a nearly 24 hour trip. But Brian got Katie home to us safely and got her back to Texas just as safely. 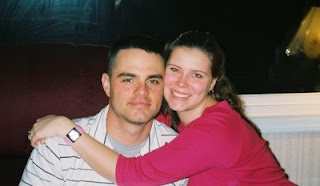 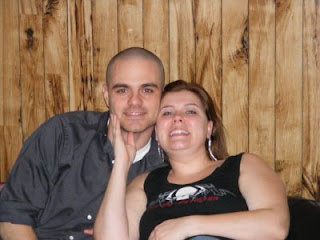 I traveled to Texas with my sister's family to attend Katie's graduation services from her year's internship with the Ministry. While there, we met Brian and his family and actually met them for breakfast on the morning we were to return home. Immediately, I knew Brian would be Katie's life long mate. You could see it between them when they were together. I made the trip home with no doubt Brian and Katie would end up married at some point in the future. Just as I had known would happen, Brian and Katie were married on June 10, 2000. 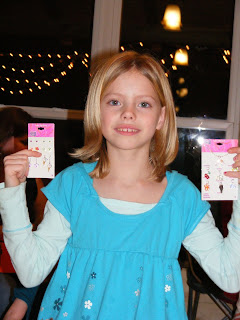 They are so good together and have two wonderful children, Alix Joy and Jaden Isaac. These are the precious souls who have so lovingly taken care of me for the this time I have been in Iowa and will continue to do so until I go home. I cannot express what a blessing these precious loved ones have been to me. 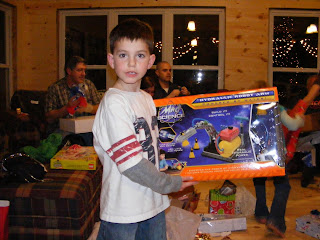 Although Brian has been unable to be here due to his military responsibilities (he is in Des Moines for training related to his status as an Army Medic in the Iowa National Guard), Katie and the kids have just taken me right in and made me feel like one of their family. I have felt welcome and have made myself at home. I've gotten closer to the kids, which thrills me beyond any word I can think of to describe it! 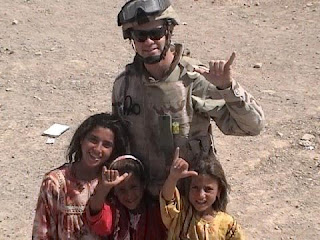 The loss of my husband has been so hard, but having this time with my family has made it all so much better. A break from the day-to-day and an opportunity to come to see where they now live and get to know some of their friends and see their community has been wonderful. I pray that someday I am able to give back to them in some way that would express how much this time has meant to me. Somehow, I doubt I ever will. 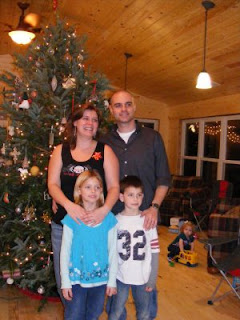 I love you Katie, Brian, Alix and Jaden. You will never, ever know how much I love each of you and how thankful I am for you in my life.

Sometimes one of the hardest things to learn is to to just be able to receive and say thank you. We naturally have the tendency to want to reciprocate and return the grace we have received from someone else. I have had to learn this one the hard way.

Once, someone did something extremely grace filled for me and I was saying, "Oh I couldn't" and "no really, that's okay". Immediately, God was letting me know that my my own pride was robbing someone else of being a blessing to me. It's becoming easier for me to receive from others.

Letting them love on you has been a wonderful blessing for them. Not to mention that your great niece and great nephew have learned something as well. Trust me, God will open a door in the future where you will be in a position to be extra gracious to either them or someone else.

I'm glad for you my new friend that you have someone who will be there for you as you walk through your valley experience. As much as God is more than able to meet all of our needs in Christ Jesus, He also knows that sometimes we also need someone with skin on!

Dear Dianne,
It is too early in the morning to have tears in my eyes, but I do after reading this lovely post.
It is so beautiful!
That is so great that Katie made it to El Salvador.
We have Spanish Christians in our meeting.
Fernando and his family had to flee to Canada from El Salvador for their lives.
Fernando used to be a mayor of the city where they lived and twice he was kidnapped and twice the Lord looked after him and sent him home to his wife and three little children.
After the family fled to Canada, they were gloriously saved and it was a big day when Fernando, his wife Marta, his three by then grown and saved, children, Delmi.Walter and Remy, his mother-in-law, [my poca abuela], and his brother-in-law, Gorge were all baptized in Lake Ontario.
What a wonderful day it was!
They are such a help to the local assembly here.
Every two Sundays they have Spanish Gospel meetings and bring in the unsaved Spanish people from the neighborhood.
Your dear niece, I see has a real love of the Lord and for the Spanish people.
I just bet that she knows the language really well.
I took a few years of Spanish in college night school just so that I could talk to my little grandmother.
It is so difficult for the elderly Spanish people to learn English and sometimes they cry about it, so that is the only reason that I learned just a little bit.

I was just writing to my brother who lives in Iowa before I came to say hello to you...
I pray that you will feel the Lord's presence with you and how great that He has given you such a loving family and how great for that family that they have such a loving auntie......Love Teresa

what a lovely post of your family and how wonderful to see all the lovely photos of the people you speak of. I hope your visit is just so wonderful and I am praying for your health.

Have a Wonderful Wednesday
from Roberta Anne

What a great story. I especially loved that picture of Katie when she was 16. How cute!!!

PS.
I forgot to say, it now looks like Katie has her own Bombshell. Her kids are adorable.

We Scarf Sisters (Terry, Connie and Me) are a gabby bunch aren't we?!
This was a wonderful post, and what a beautiful family you have. It's no surprise that you love them so much and they obviously feel the same about you.
THe pictures are such so nice, they are such a good looking family, and a big thank you to Brian for being part of the Military.
Blessing on you my friend!!

Never you mind Miss Patty!
We know a good thing when we see it and this blog is it!!
Ha!
I am ever so grateful that Connie introduced us to this Tennessean girl!
We know when to grab a good thing and hang on to it real tight!

Family is a wonderful thing!

It was good to meet some of your family. without them, we would be just lost!
xo bj

...Another scarf sister here...I'm not going to be quite as gabby as my 'syblings'...but wanted to say...
You - are blessed! What a wonderful family you have!